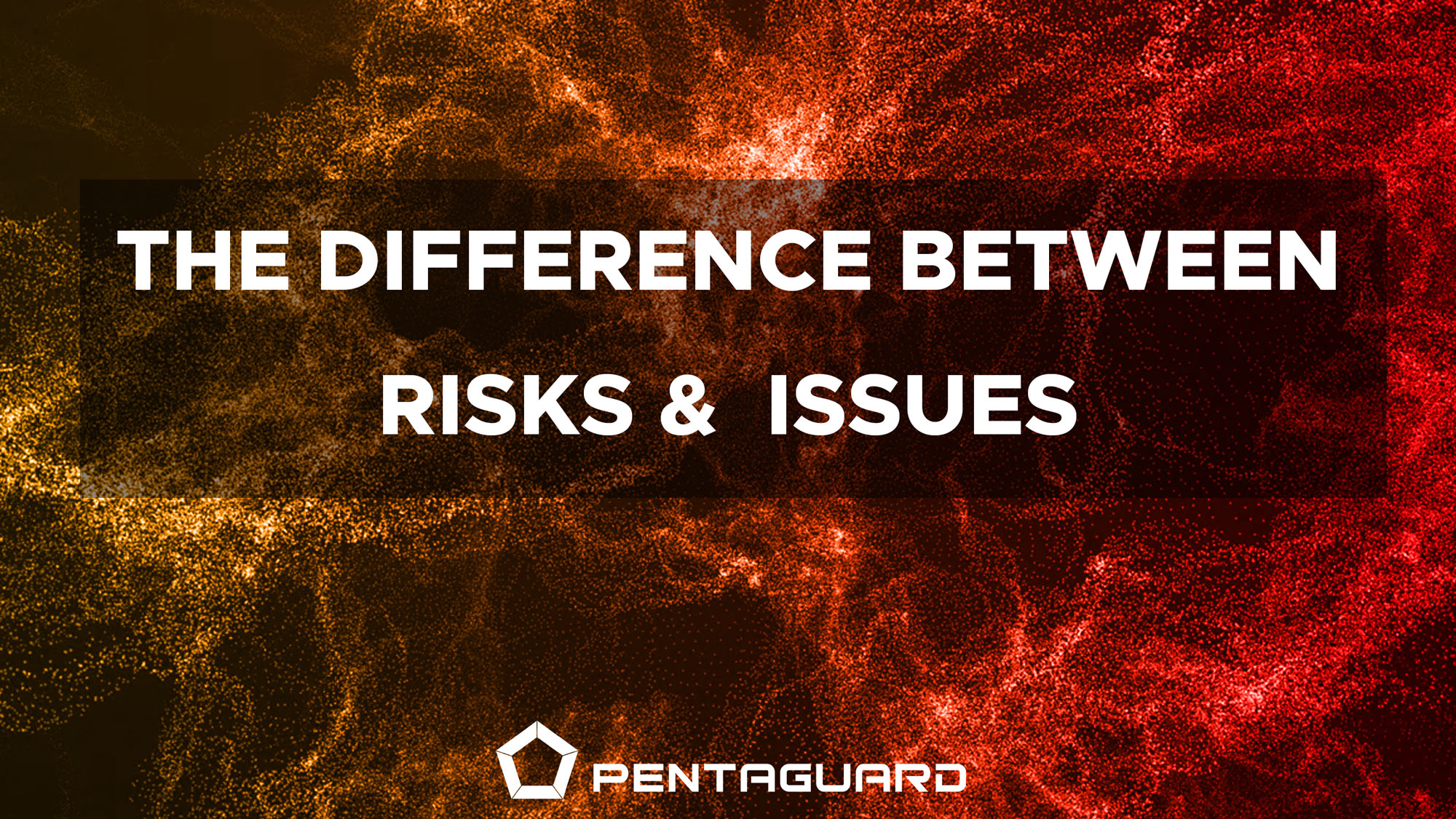 The difference between risks and issues

What is a risk?

The international Standard on risk management (Risk Management—Guidelines ISO 31000:2018) defines a risk as “the effect of uncertainty on objectives”, where an effect may be positive, negative, or both, and can address, create or result in opportunities and threats.

In reality, this definition can be quite confusing for practitioners and difficult to implement.
Let’s explore this further:

So, in practical terms, what is a risk?
It is really quite simple. A risk is a disruptive event with consequences that may adversely impact objectives. So, let’s break down the key elements of this statement.

A disruptive event may include (without meaning to be exhaustive):

The consequence is the impact the event has on the objectives and is guided by the risk categories informing the context under which the risk assessment is undertaken. The consequence (or impact) statement is identified by assessing the disruptive impact on critical assets (both tangible and non-tangible) that enable the organisation to achieve its objectives.

Objectives are the key pillars of what the organisation must achieve and may be broken into sub-objectives…all the way down to Key Performance Indicators and Measures and, finally, tasks.

In the risk context, the risk categories are developed to identify tangible and non-tangible assets that enable the organisation to achieve those objectives.

It is important to ensure risks are focused on objectives, otherwise practitioners can fall into the trap of listing risks that really just tasking statements and not risks at all. Doing so will overinflate the risk register from say, 10 risks to 50.

What is an issue?

In various program and project management texts, an issue is generally defined as “a risk that is realised”. This definition can cause considerable management problems and is confusing for practitioners.

A risk that is realised is not necessarily a significant event. If a risk rated Low were to eventuate (for example, Likelihood = Highly Likely, Consequence = Insignificant), you would not go running to the CEO saying you have an issue. You just manage it—in line with the approved risk management controls and authorised financial delegations. In short, it is a management activity.

Similarly, if a High risk were to be realised, you would still manage it consistent with the approved risk management controls—unless the realisation of that risk resulted in an issue.

An issue has several key components that should be carefully considered before formally raising it as an issue:

Failure to properly identify or resolve the issue may result in a risk, or the elevated risk rating of an existing risk. Here is an example of an issue: