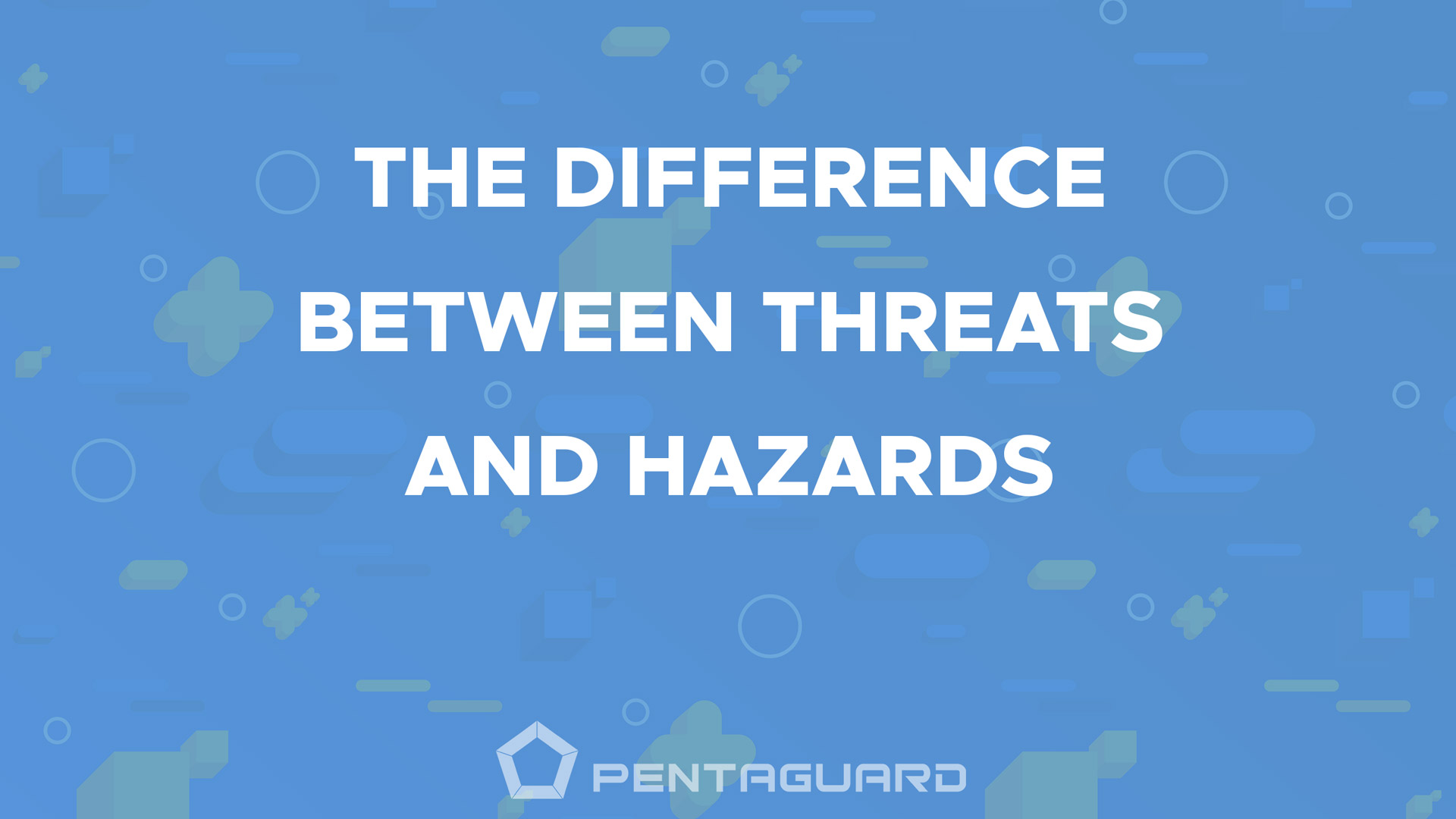 Category: Hazards, Threat Tags: the difference between, threats and hazards

The difference between threats and hazards

Why is this important

We will see that there are distinct similarities between threats and hazards, but they are not the same.

The Importance of Intent as a Differentiator

Naturally occurring hazards are different from threats (as opposed to threat vectors), noting:

Threats are driven by human intent. Intent (or the potential for intent) is a key distinguisher between threats and hazards we need to understand. From a threat assessment rationale, just because a person does not have intent to harm or disrupt at that point in time, does not mean that can’t change with the right stimulus.

For example, a quiet protest in the streets outside your place of work by an ‘issues motivated group’ (that may have nothing to do with you) may disrupt traffic. The protest is a potential threat and not a hazard, even though the protest group may not be causing deliberate harm to anyone. This is because they (as humans) still have intent (or the potential for intent)—it is just that, from a threat analysis perspective, the level of intent is rated Very Low.

If a flood suddenly occurred that caused disruption to traffic, that is a hazard as there is no human intent in the flood. It just happened and caused problems. The opportunity for the issues motivated group to escalate tensions will be influenced by many factors, including any law enforcement response to the protesters and the effectiveness of security controls in and around the building. It will also test any flood prevention measures (hazard controls).

Hazards can be confusing to define. One way to consider hazards is to categorise them into three distinct categories:

Naturally occurring hazards can come in many forms, including (but certainly not limited to):

As discussed earlier, artificially induced hazards are very common in everyday life, but not so common from a security perspective. The assessment of artificially induced hazards is usually undertaken by work health and safety practitioners and not so much by security practitioners, unless there is a definite security implication attached to the hazard. Mind you, in practice there can be a very fine line between the two types of assessments.

Hazards used as a Threat Vector

This is where it all gets a bit ‘murkier’ and confusing.

Hazards that are used as a threat vector have a level of ‘deliberate intent’ applied to them as it is the intention of the threat actor to capitalise on the disruptive potential of the hazard to cause deliberate harm or disruption.

For example, consider the WW2 bombing by the ‘Dam Busters’ of the Möhne, Eder and Sorpe dams in Germany to flood the Ruhr Valley and disrupt Germany’s industrial production.

The Germans would have identified the attack on the dam walls as a threat, and the ‘bouncing bomb’ as a threat vector against those assets (the dams and military personnel). The residents and industry residing in the Ruhr Valley would have been disrupted by a separate threat vector; that is, the hazard caused by the breaching of the dam walls. This is a classic example of how the Allied course of action involved the careful combination of different types of threat vectors to effect disruption; the bouncing bomb and the flooding of the Ruhr Valley caused by the destruction of the dam walls.

This is why the vulnerability assessment relating to a threat assessment may identify different control measures to those identified in a hazard assessment. The security budget may need to cover costs for both.

What Should We Look For

With a hazard analysis, you should be assessing a range of factors including:

You will see the similarities with the threat assessment methodology. Of course, the specific factors influencing the hazard’s LoO and DI will be different from the threat’s LoO and LoS. Nevertheless, the analysis applies exactly the same logic.
Once we have identified and analysed the hazard, we are then in a position to see how:

The diagram below is a high-level explanation of the interactions of threats and hazards with risk.